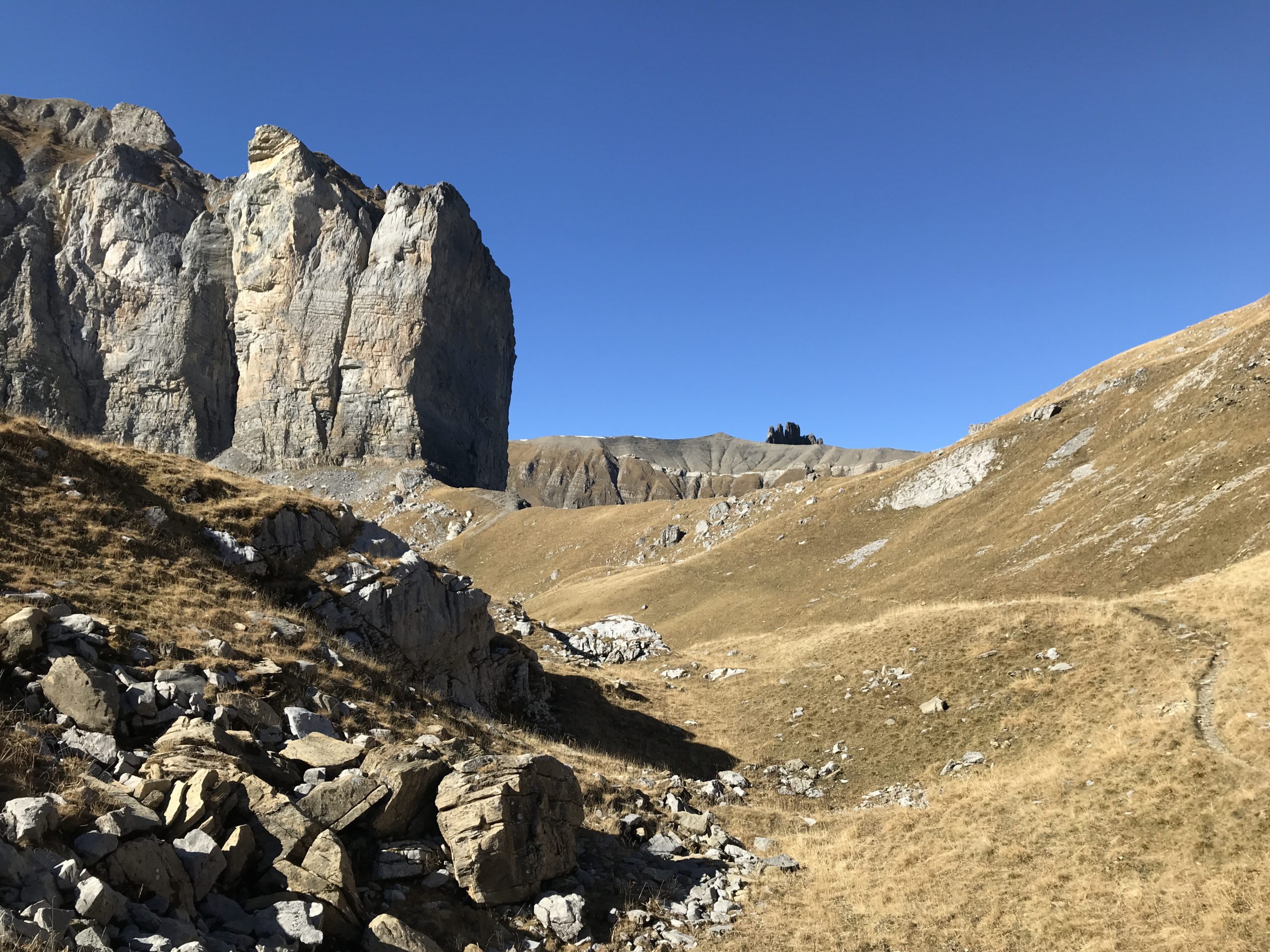 I’m here, exhausted, after a long day full of sun, and a long walk of around five hours. I had a problem with my camera and I have discovered that I can be steadfast, but sometimes a bit overdoing it all. I was nervous when starting our wald this morning because I took in charge leading Lea to reach our cable car. While taking out my digital camera to take the first pictures of the day, I pushed the on button situated above the camera. It released the coming out of the zoom and at the same time the zoom was blocked because it was still in a tight pocket at the front of my rucksack. The fatidic noise I had already hear once, that of small plastic wheels striving to push but pettering because they don’t manage to, I head then.

It enraged me against myself. By checking on the camera, I noticed that no supplementary noise remained after that incident. I tried to manipulate the zoom twisting it in many ways the way I had previously done to solve the problem of the ripping hidden plastic cogs. Suddenly, the whole top of the zoom came off. We were arriving at the cable car station and we had to buy the tickets, which I dutifully did, managing to concentrate despite my camera problems. After that I tried to fix the camera and put the top of the zoom back in place, which seemed to make matters worse.

I resolve to deal with it once at the top of the journey, which Lea consented to when I declared it would take me around ten minutes to try and do my best, but I really had to deal with it. After around twenty minutes I managed to put the indispensible of the zoom back on ; a lense which is fixed at the very top. The camera seem to work fine again. It really did when I managed to improve my fix while walking 400 meters further away.

My beautiful digital photos could be taken again. I was over the moon, and definitely relieved not to have broken it all while twisting away the zoom to magically repair it !

But the devil of perfectionism took me over. I thought ; since I put one part back in place, why not try and put the second part back on. I knew it was a problematic part because I had once tried to put it back on but it had jammed the zoom once, back then in the cable car. The camera was working perfectly well. The photos could be taken without problem. It was only when you took pictures with full zoom out that an ‘unprotected’ part of zoom showed up. I was going to mend my unlucky gesture of the day and the camera was going to be fully functional again and in perfect shape too.

So I tried my move. Some small metallic parts had been bent and seemed to have suffered from previous trials. This time, the camera blocked seriously. I then noticed that a metal peg had come off the removed part and had obviously remained inside the zoom. The camera was definitely jammed.

I was so frustrated I was determined to order a new camera, which I have done tonight. I will try and repair the camera ; it should be possible since it is still under warranty. However, I couldn’t wait to make other beautiful pictures.

It is obviously important to me. It causes some frictions between Léa and me. She wants to hike on without stop. As for myself, I want to enjoy the surrounding by looking around at them and taking them in by photographing them. Despite the unnerving it can cause, I still want to take pictures.

Real camera pictures are so much better than handy pictures. I can push the pictures to my iPad and then twiddle with them. I love doing it. I love being able to get a clear view of details far away and to select details that other cameras couldn’t possible catch. I feel creative. It is fun and I definitely feel free and cheerful while doing it.